Quaid-e-Azam Thermal Power (Private) Limited (QATPL) is a Private Company Limited by Shares incorporated under the aegis of Companies Ordinance, 1984. The QATPL is owned by the Government of Punjab through Energy Department. The objective of the Company is to establish and maintain 1180 MW Re-Gasified Liquefied Natural Gas (RLNG) based Thermal Power Plants in Punjab within the stipulated timeline keeping in view the sever power shortage. The first Thermal Power Plant in this regard has been planned to be installed at Bhikki, District Sheikhupura.

The Project is moving ahead at very fast past to achieve construction start by October 2015 and thereafter COD by December 2017. NESPAK was hired by the company as Project consultant / Owner’s Engineer which has further sub-hired Lahmeyer International for all technical advisory services, HMOCBNR and Ernst & Young for legal and financial services for the project. The project team consisting of qualified and experienced professionals which is working day and night to achieve the desired timelines.The Land for the project has been purchased measuring 578 Kanals at Bhikki, whereas, Government of the Punjab has already injected its equity of US$ 180 million and expects to inject the remaining sum shortly. 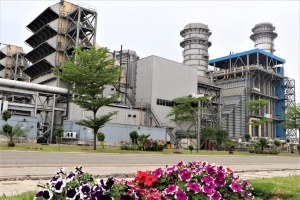 Quaid-e-Azam Thermal Power (Pvt.) Limited is a public-sector established by the Government of the Punjab. The company has been established for the setting up of renewable energy projects in general and Thermal Energy Power Projects in particular.

Quaid-e-AzamThermal Power (Pvt.) Limited intends to launch the biggest ever utility scale thermal power plant in the country with the lowest cost. It aims to initiate thermal energy programs and research projects with respect to Thermal Energy power generation plants.